13 months, 70 people, 1000 CG, and VFX shots came together to bring us Club 69 from the house of  AAO NXT. It is finally arriving in March 2021. A movie and web series buff, probably like you, tends to understand the collective effort put by a team on the sets. And amidst those efforts, sometimes, some moments give the makers goosebumps or a sense of achievement. This team had some too. Here are 6 such instances.

Ashwin Ray Mohapatra, who played the role of a DCP, tricked the public by stepping out of the sets in uniform. He stopped two-wheeler riders for not wearing helmets and checked their licenses. Wonder what would’ve happened had a real cop in civil clothes decided to ride without a helmet!

Imagine a team of around 70 individuals shifting equipment and setting up the shot for actors. Imagine doing that at least thrice every day on average. On the last day, they realized how they did it non-stop in a fortnight. Somebody pointed that out within 5 minutes after the director said, “And it’s a wrap!”

Despite the ongoing security issues, 3 C.G scenes were improvised and written on WhatsApp before being shot. It was all thanks to Mr. Ranajit Mohanty, the Chief Creative Officer, and his experience in animation and copywriting.

4- Spontaneity of the last-minute actor

As per the script, there were no lines for this character near the pool table. But as fate would have it, the actor supposed to play it didn’t show up, it was taken up by Mr. Ranjit Mohanty  and he added 3 dialogues on the spot. One of them made it to the trailer.

2020 was full of challenges and so was the making of Club 69. To stick to a sudden change in the schedule, the team pulled in a 24-hour long day of work. The director said, “It’s a wrap!” and coincidentally, within 2 days, the news channels were buzzing with the first lockdown announcement!

It’s probably the first Odia web series to have over 1000 VFX shots in 8 episodes. Initially, it was 300 shots, but as the team started working, it went on to become 1000 It was only possible because of the guidance of Mr. Ranjit, access to technology, talent, and the hard work of the editors.

With Club 69, AAO NXT aims at spreading awareness on the rise in cyber-crimes and staying safe from frauds. 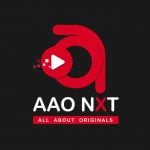 Is Friendship Leading Your Way to Happiness or...

7 Things You Didn’t Know About the Star...